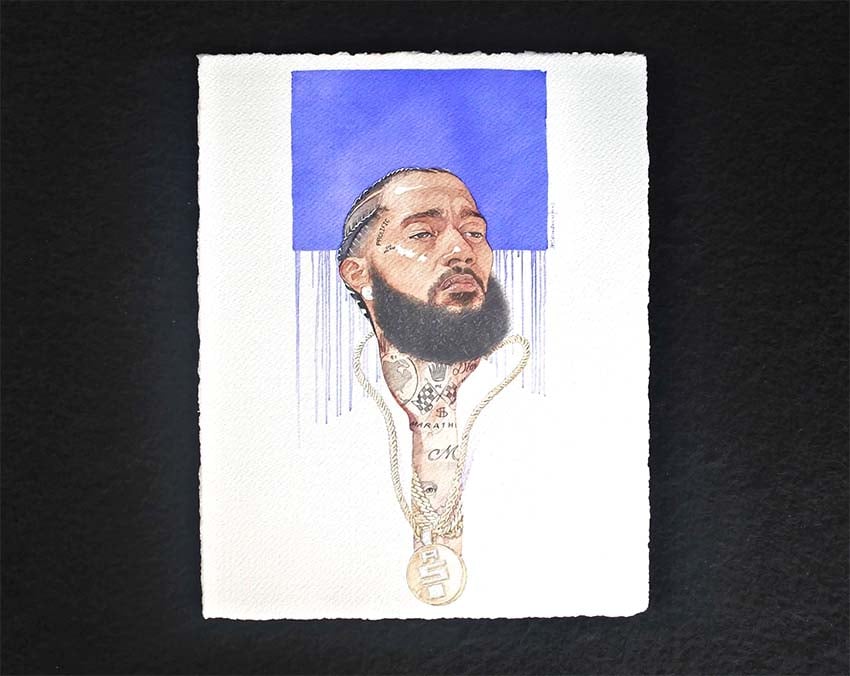 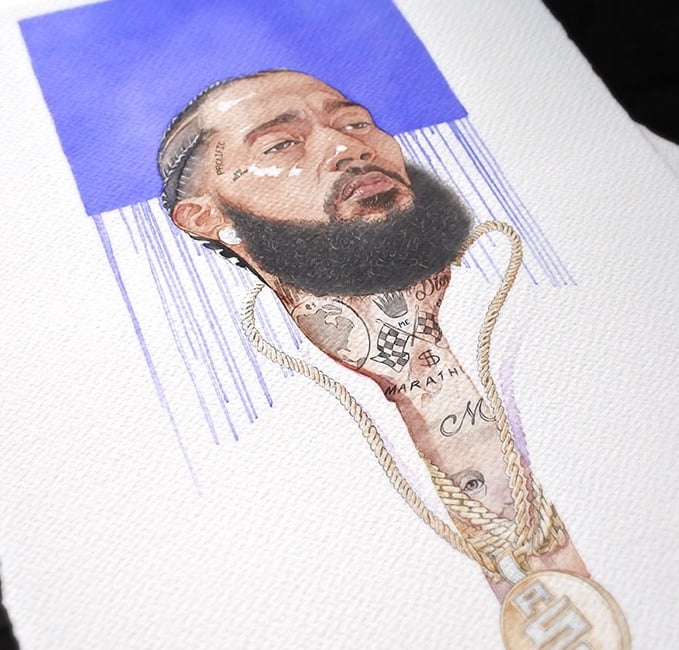 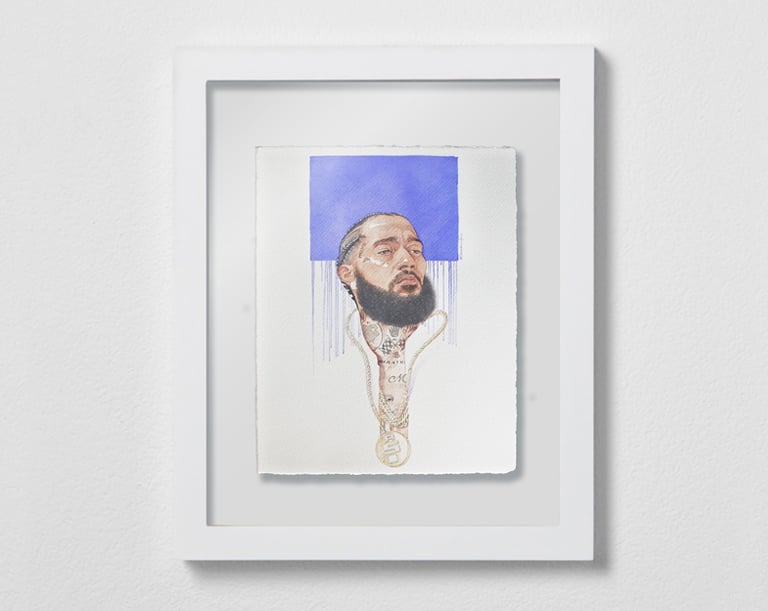 There’s a terrifying neutrality woven into the fabric of our daily existence that we have to overlook as humans. No matter our age, our accomplishments or creed, we can be here one moment and gone the next without discrimination.

There was something uncommon about Ermias Asghedom’s passing that left me with a uniquely frustrated sense of grief. Black people are the perpetual underdogs in the American saga. To be robbed of his insight, wisdom, purpose, and his promise, at the hands of someone from his own neighborhood no less, felt particularly outrageous in a sense of cosmic justice. At a time of explicit white supremacy returning to the White House and police murdering Black people on and off camera to the approval of many juries of our peers - we watched one of our champions be felled from an apparent situation so unworthy of the way it ended.

I took time over the course of painting this portrait to listen to Nipsey’s message through song and interviews a bit more closely. If I could pull his wisdom and ideas down into a concentrated word - I’d go with ‘visionary.’ The man was a deliverer in the making for an entire swath of the forgotten in this country. Judging from our collective grief, time may prove him successful in that mission yet. If you are familiar with or understand the environment he had to overcome to then execute a plan to plant flags in that very same community - then you can comprehend what we've lost. In so many ways, it felt like hope itself.

Hip hop has grown up a lot and Nipsey was one of its brightest pupils. From Jay Z and 50 Cent to Rick Ross and Willie D, enterprise in the black community is taking on new heights with new methods. Nipsey used his notoriety to advocate for peace between neighborhoods in conflict, infuse tech training and entrepreneurship into overlooked communities, and alleviate the fear of establishing your rightful worth. The least we can do for Nipsey and his legacy is learn from what he had to say and not deify his mission beyond our own individual reach. Instead, pick up the baton and carry that promise forward under our own capabilities. #themarathoncontinues